Lynch syndrome dramatically increases the risk for cancer in a person’s lifetime. The genetic condition can have a significant impact on individuals and families—resulting in early onset cancer, multiple cancers, and many generations of a family affected by cancer. As such, it is important to diagnose and manage Lynch syndrome in order to prevent cancer or detect it early when it is most treatable.

The Importance of Diagnosing Lynch Syndrome 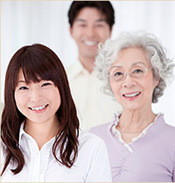 There are some common features in families with Lynch syndrome and these are sometimes referred to as the Amsterdam II criteria:

1. Three or more relatives have colorectal, uterine, or another Lynch-associated cancer, one of whom is a first-degree relative of the others

3. One or more relative was diagnosed before the age of 50
(Familial adenomatous polyposis (FAP) has been excluded)

The National Cancer Institute (NCI) has released a set of recommendations called the Bethesda Guidelines to help identify individuals who may benefit from undergoing initial testing for Lynch syndrome. Some research indicates that the Bethesda guidelines might be more sensitive than the Amsterdam II Criteria in detecting families at risk for Lynch syndrome. The most recent version of the guidelines, published in 2004 are as follows:

-One relative diagnosed with colorectal cancer prior to age 50 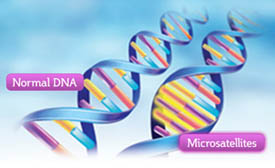 -Presence of any synchronous (at the same time) or metachronous (at another time) Lynch-associated tumors, regardless of age

-Colorectal cancer diagnosed in two or more first-degree or second-degree relatives with Lynch-associated tumors, regardless of age.

There is a process to diagnosing Lynch syndrome and it typically begins with a comprehensive review of the family medical history, which is sometimes followed by genetic testing.

The results of IHC or MSI tests can indicate that Lynch syndrome might be present, but they don’t provide definitive information because some people can develop these gene mutations only in their cancer cells. The suspicion of Lynch syndrome will be confirmed by blood tests.

Genetic tests are tests that look for changes in your genes that indicate that you have Lynch syndrome. In order to undergo genetic testing, you will need to provide a blood sample. Genetic professionals will then perform a special laboratory analysis on your blood to look at specific gene mutations that cause Lynch syndrome.