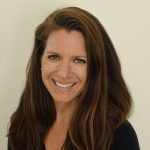 Barri Babow was not surprised to learn she had cancer. Describing her reaction to her 2010 diagnosis with triple-negative breast cancer, the Sacramento, California, tech industry program manager says, “I wasn’t upset; there were no tears, no outrage.” Having watched both of her parents, as well as other family members, go through cancer diagnoses and […]

For Fiona Asple, choosing to undergo genetic counseling and testing to determine if she carried the BRCA1 or BRCA2 genetic mutations presented the opportunity to make proactive decisions about her health. Fiona, 46, had seen the toll that cancer can take on a family: her paternal grandmother died from what the family believes was uterine […]

Lynch Syndrome: A Family Affair When 27-year-old Selena Martinez was told she had Lynch syndrome — a genetic disease that can cause a host of cancers — she decided to turn bad news into something positive. Since her diagnosis in May 2008, Martinez has run seven half marathons around the country and raised over $1,000. […]